Yesterday, after a conversation with a western riding friend, I was inspired to dress Dino up in his cowpony gear for our ride that afternoon.

It was a good, good decision.

I am, to be perfectly frank, not 100% comfortable in western tack. The saddle makes me feel too far away from the horse's back, the stirrups are too long and too clunky, split reins are the devil, I don't have spurs that fit over my western boots, and I haven't really spent the time I should have in teaching Dino to neck rein. It's a little awkward.

But the wonderful thing about all of that is that it forces me to do less, which is something I have struggled with in my riding for a long, long time. I can't hang on Dino's face with the curb bit, I can't grip with my legs in the western saddle, and it's a lot harder for me to nag him when I'm just trying to keep myself in the right place.

Dino the Cowpony loves it. 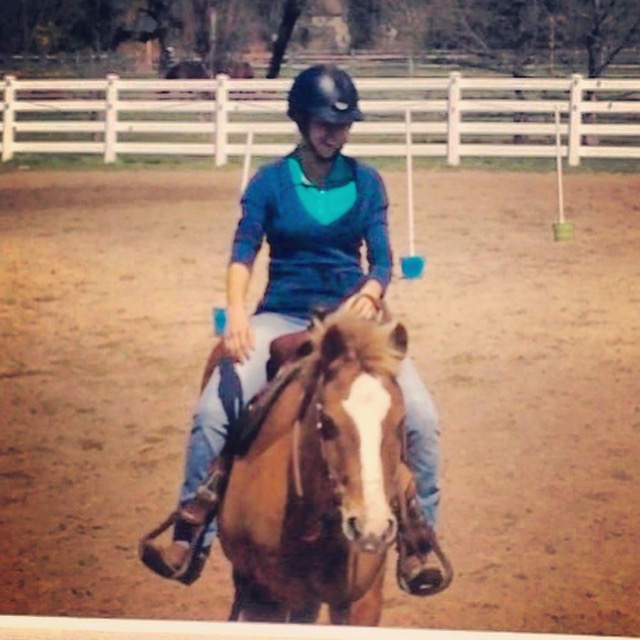 We toodled all over the farm, working going in a longer, lower frame without losing the impulsion from behind. The western tack forces me to set Dino up with my legs, seat, and hands, and then release and let him go, giving him the responsibility to hold his own self up. Not shockingly, he went SO well when I wasn't nagging and micromanaging his every step.

I also found myself having to work REALLY hard to keep him moving slower while also staying engaged. If my seat stopped following the motion or I got grabby, he'd quit. Especially in the jog, I had to focus on keeping my hips moving side-to-side to follow his back and maintain a slower gait that still had impulsion.

By the end of the ride, though, I had gotten my feel back in our western tack, and Dino was going incredibly well.  I was able to use just a breath and a subtle seat aid to get him to transition up and down, and he was holding himself round with very little influence from me. Even in the canter, which was definitely TOO FAST to be considered a true lope, Dino was working all the way over his back and really stepping up and taking responsibility for his own body.