Dressage: The Good, The Bad, and The Ugly 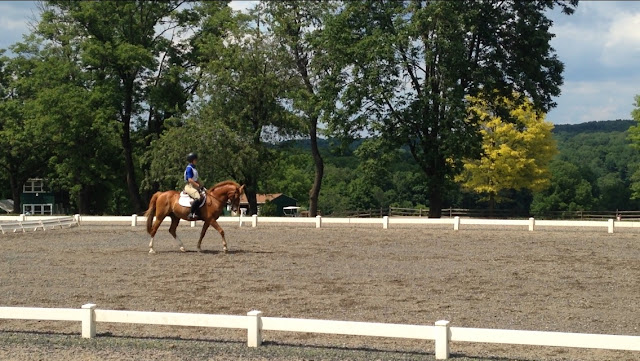 This most recent dressage test is not one I'm super proud of.

I don't feel that it truly reflected Dino's and my best efforts and current skill level, and I made stupid mistakes and threw away points. Despite our decent final score here, I don't feel that I rode this half as well as I'm capable of doing. I'm pretty frustrated with how this turned out, but in the spirit of staying positive, let's look at what went right in this test:

Despite the train wreck that was this dressage test, we had some ok moments. There were times at which Dino was really stretching nicely over his back, the left lead canter was quite good once we got into it, and I was pretty pleased with our free walk, which got us a 7. Our scores were mostly 6's and 7's, with a couple well-deserved 5's sprinkled in there. We completed all the movements, I kept my hands quieter than in our last test, and I'm actually pretty happy with my position here. 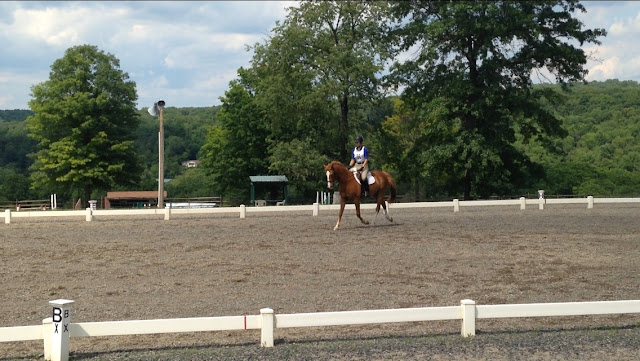 After a friend mentioned this to me, I re-watched the video and noticed that I was posting on the wrong diagonal for the first part of the test. That POSSIBLY may have contributed to how awful my pony felt and how hard it was to bend or move him laterally. How embarrassing. Our first canter depart was hellacious, and although the left-lead canter circle was good, Dino completely quit on me way before the down transition to trot was supposed to happen. 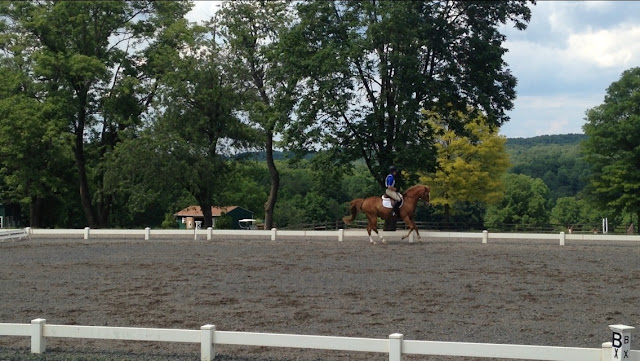 I forgot an entire movement. Just straight up forgot. As someone who prides themselves on being prepared, I am hugely disappointed in myself for this. If I hadn't messed up and gotten 2 error points, I would have hit my goal score of 35, despite the yuckiness of the rest of the test. I also let the not-so great start to our test, and then the error, really get to me. Instead of just correcting my mistakes, recovering, and moving on, I let them stick around in my mind and distract me from focusing and riding as well as I know I can. 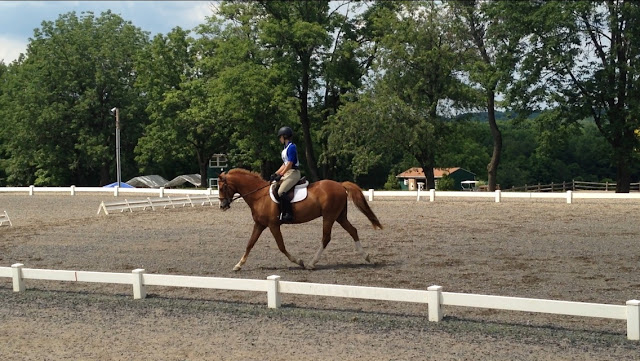 So, what do we do about it?

I think the issues we had in this test were due almost entirely to my own nerves and lack of focus. I was feeling really anxious about XC, and those feelings carried over into the dressage. I know I have the skills to ride MUCH better than I did, but I let myself get distracted and unfocused. At this point, I think the only thing to do is show more, and really flex my 'focus muscles' even when things outside of my control are causing me anxiety. I'm incredibly frustrated that I consistently under-perform in the dressage at shows, and that the work Dino and I present to the judges isn't half as good as what we're doing at home.