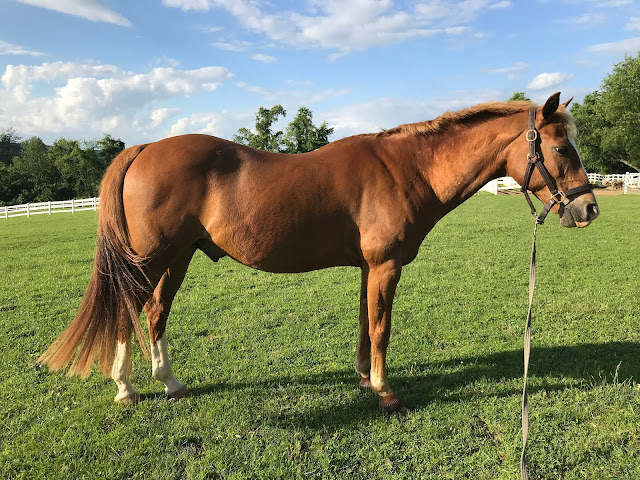 One of my many frustrations this year lies in the fact that both Dino and I are decidedly not at our respective peak fitness levels. Instead of riding my pony (and other people's horses) for at least an hour five to six days a week, it looks more like about 30 minutes or so four days a week. And that's on a good week.

I'd also be lying if I said I'd been faithful to my own fitness regimen, even though I've already run two 5K's so far this year. (Which is two more than the number of horse shows I've been to!) 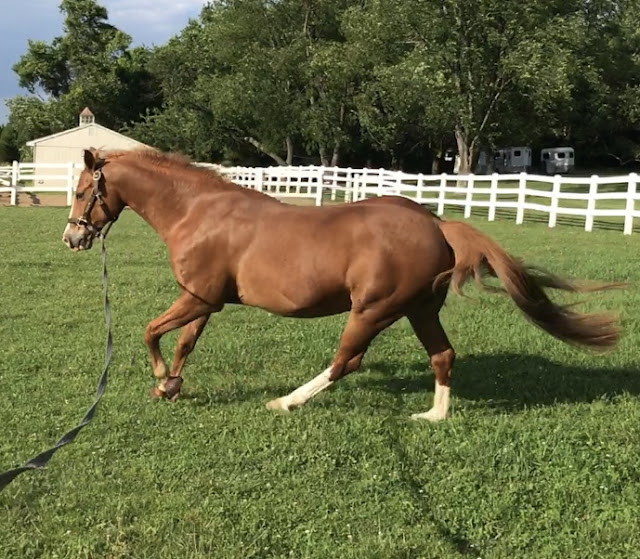 Dino's definitely showing the lack of hard exercise in the increasing roundness of his body and the way he starts huffing and puffing when we throw a lot of cantering and jumping into the mix. He's definitely not the svelte athlete he was at this point last year, and neither am I!

But, now that the weather seems to be on my side and my pony is shod and back on a normal farrier schedule, I'm determined to get us both a whole lot fitter. I may not have a full eventing season on the calendar, but hell if I'm going to limit the fun we can have by not taking care of our combined strength and endurance! 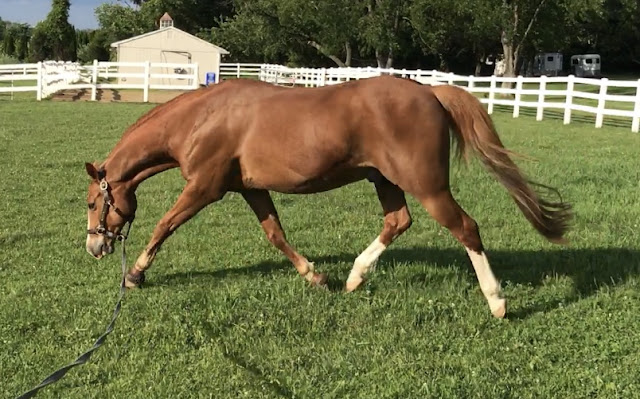 I started off by actually doing that confidence-building jump school I had attempted last week this Wednesday evening, and I have a dressage school, a trot set day, probably more jumping, and a trail ride in mind for the next few days. I've also asked my husband to help me get out of bed at 5am a couple days a week so that I can fit in a run before work. I don't feel very strong, my bad disc hurts more often than it should, and I feel my posture and stability suffering, so it's way past time to start fitting in running whenever I can.

Which means at 5am.

I'm about to become one of those pre-dawn exercise people, and I'm not sure how I feel about it.
Email Post
Labels: fitness