In accordance with the pattern in my life in which I am unable to avoid the sport of eventing no matter how hard I try, I am about to enter my first Horse Trial.

After working for USEF High Performance Eventing, befriending a lot of eventers, grooming at events, spectating at events, making some cool internet friends who happen to be eventers, and being peer-pressured into finally going cross country schooling, which resulted in the discovery of one bad-ass XC pony, I'm taking the plunge.

Several positives of the situation include that we are signing up for the "Elementary" level, which maxes out at 2'3" for both stadium and cross country. No pressure height-wise. At $80 it will cost the same as the average schooling hunter/jumper show, and it's at the Bucks County Horse Park; a venue we've shown at several times and gone schooling at. Dressage will also be a non-issue.

There really aren't too many negatives, actually. Cross country still kind of makes me nervous, but we conquered a couple BN fences when we went schooling last week, so the Elementary stuff should be no big deal.

I just never, ever, in my wildest dreams thought I'd be registering for a horse trial. When it came to eventing, my most frequent comments on the subject were "Eventing is a great sport, but I'm too chicken to run cross country." "I'd probably event, but I don't do cross country." "Solid fences scare me." "I don't ride downhill." Time to put on my big-girl pants and get over it! 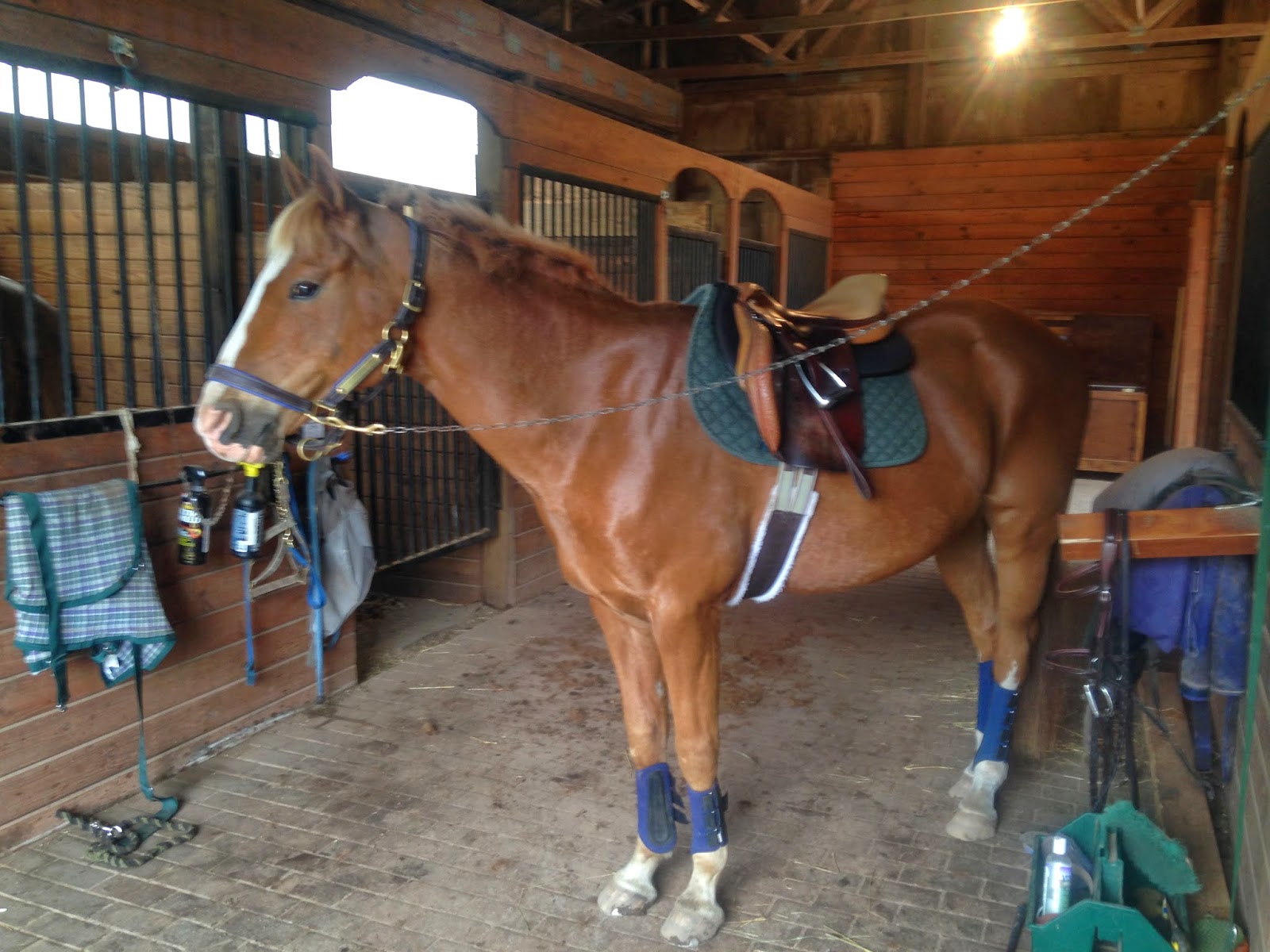 Dino is ready for action with his mostly-shedded-out self and brand new splint boots for jumping solid fences like a boss. And really, I'm doing it for him. I think he'll have a blast!