After an exhausting week of working way too much, both at my 'real' job and at the barn, I was on my way on Sunday afternoon to meet some new clients, minding my own business, driving through a green light like a normal person, when some idiot coming the other way made a left turn. Into my car.

There was a lot of smashing, and airbag deploying, and glass shattering, and antifreeze leaking, and crunching, and an SUV bumper in my drivers side door. 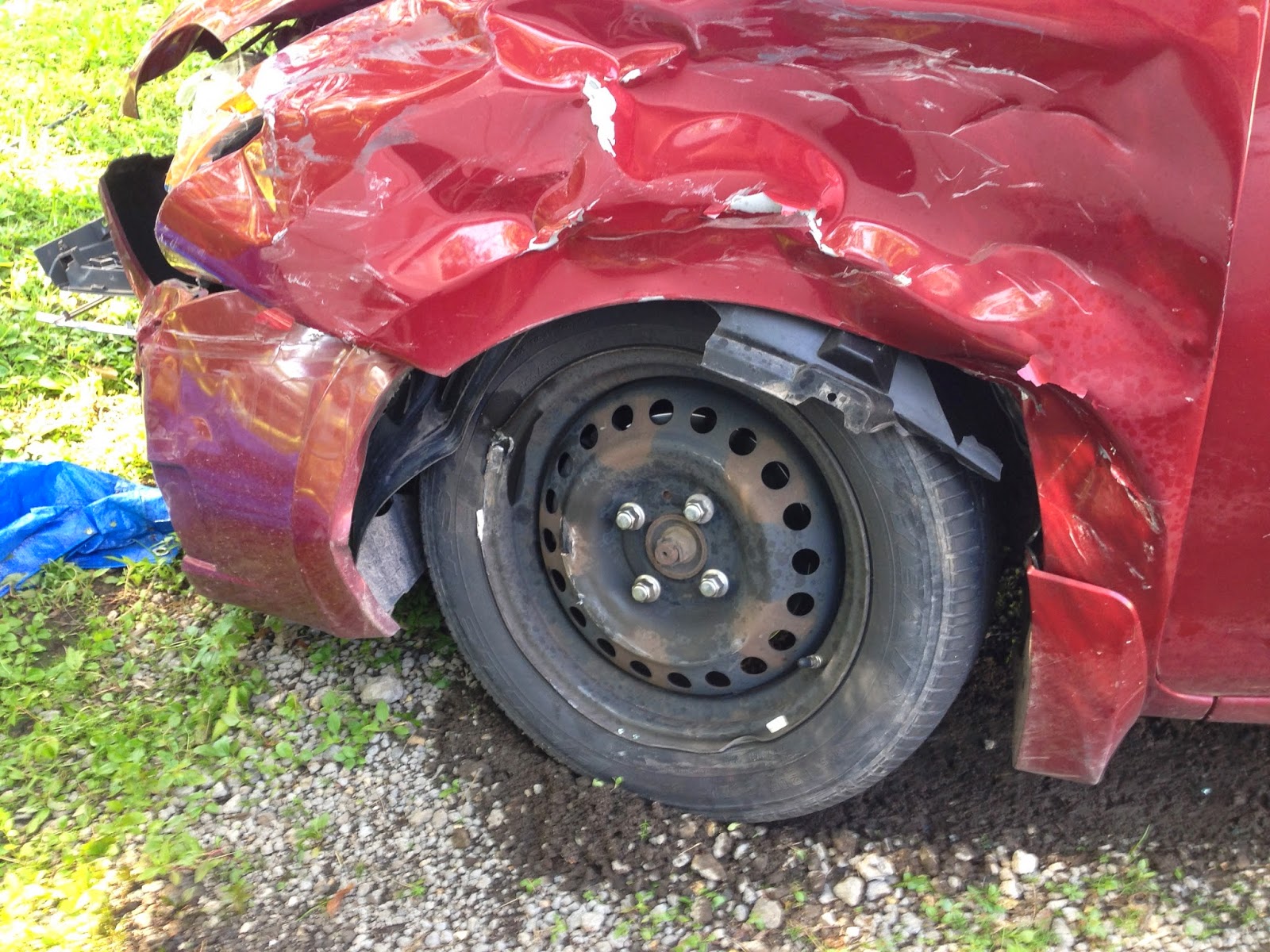 I scrambled out the passenger side, not knowing how damaged my engine was and if there would be fire, etc.


Thankfully nothing was in imminent danger of exploding, and a kind bystander had stopped to see if everyone was ok and call 911, so I shakily went back in for my purse, insurance information, and phone, which had been flung somewhere among all the broken glass. I called my husband to come get me, called the people I was going to meet to tell them I would not be there, and waited for the EMT's to arrive.

The police and ambulance got there in record time, and a tow truck arrived soon after to take my poor smashed little car away.

I walked away with just some scratches, small cuts, and bruises. I feel pretty sore, but overall, I'm totally fine. It could have been so, so much worse and I'm SO thankful that I'm sitting at home writing this blog instead of in a hospital!

I had planned to take off work yesterday in any case, so it worked out really well to have a day to recover after the accident. Michael and I spent the day just hanging out in the backyard relaxing, which we both really, really needed. I even managed to get in a nice trail ride with some girls at the barn, which was the perfect ending to a relaxing day!

Drive safe everyone, and watch out for the crazies.