When it comes to bits, I generally take the philosophy of, "If it ain't broke, don't fix it."

The majority of horses I've ridden in my life went in some type of snaffle, and if they didn't, I generally didn't get any say in what type of bit I thought they should go in. When I got Dino, he was going in a very simple single-joint D ring, and while I experimented a little with a Waterford at some point (long story short: pony needed more hind end strength, not a different bit), eventually I switched him to a French Link Eggbutt to help encourage him to hold the bit a little better, and have just kept him in that bit ever since. Dressage, jumping, trail riding, hunting, he goes in that French Link. It works for us.

Until now, that is.

Since the end of hunting season this past winter, I'd been toying with the idea of bitting up for foxhunting. Dino is VERY enthusiastic about being in the hunt field, and I found myself having to use some very strong rein aids to keep him at my preferred speed. I was always able to keep him under control, but it took a lot of effort, and I'm not a fan of having to hang on my pony's face for hours on end.

Once our eventing season began and Dino treated me to his Runaway Train Impression on cross country and during our gallops at home, I pretty much had my mind made up to put him in something a with a little more bite than our standard French Link. I wanted to be able to give an effective half halt and then leave him alone, and not have to resort to a bicep-bulging pulley rein when he got too strong on course.

That said, I also didn't think that a leverage bit was quite the right answer. Dino's default is, generally, to get behind the leg and/or behind the bridle, and I didn't want a bit with so much action that it would give him an excuse to get balky or hide behind it. A change in mouthpiece seemed like the right place to start, so I picked up an inexpensive single-jointed slow twist version of the bit he already goes in.

I tested it out while galloping at home earlier this week, and Dino was an absolute peach in the slow twist. My half halts went all the way through, and I could get in, get out, and soften without having to hang on for dear life or rip his cute little face off. Perfect!

It may not be a permanent change, but it definitely serves our purposes for now. Plus, it gives me an excuse to buy a new (used) bridle to put it on, because changing bits is a huge pain in the neck, and no one wants to be doing that all the time.

Do you use different bits for different phases or activities? Or does your horse go in the same bit all the time? 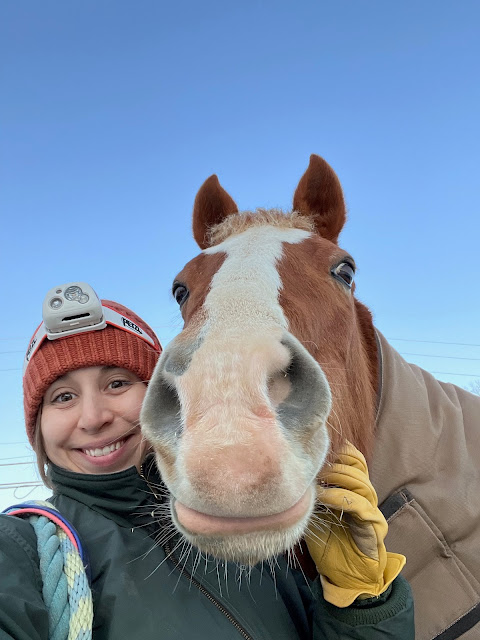