L has selected some great questions this month - I've loved reading everyone's responses, and couldn't help chiming in myself!

1. How old is the youngest/greenest horse you've ridden?
I've ridden a handful of recently-started 3 year olds, including putting the 3rd ride on a friend's just-broke 3 y/o pony, and some very green horses that were started later in life.

2. How old is the oldest horse you've ridden?
Probably late 20's? I've ridden some very decrepit school horses in my day, and one trail horse I believe was around 27?

3. Were you scared of horses when you first started riding?
Not even a little! I was so starved for any kind of equine interaction that I would get on anything, any time, and get myself as close to a horse as possible.

4. Would you say you're a more nervous rider or confident rider?
These days I would classify myself as more nervous - but then again I'm very confident about some things (trail riding, riding at speed out in the open) that some other riders would never even consider doing. But that also depends on the horse! I'm generally much more confident on Dino than anything else, and it takes me a while to lose my anxiousness on a new horse. So, I guess the short answer is, "it depends." 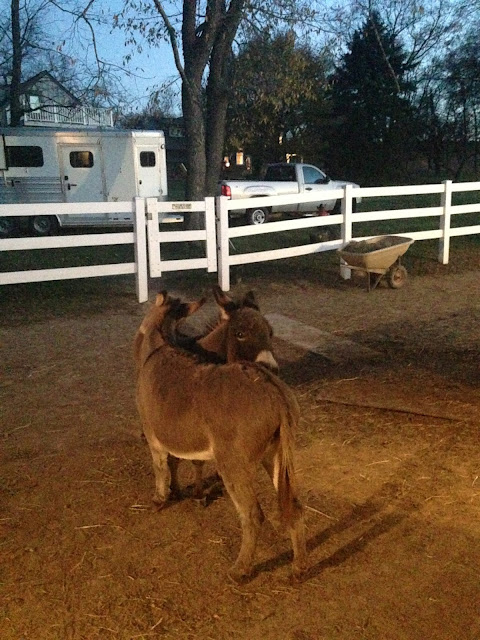 5. Biggest pet peeve about non-horse people around horses?
It's more the ignorant or insensitive questions than peoples' behavior that annoys me... "How old is your horse?" "18." "Oh, he's old. How long do horses live, anyway? Oh wow he's REALLY OLD." Thanks for reminding me that he's old, jerk. Or my other favorite, "Isn't he cold living outside all winter?! That's so mean that you make him live out there!" Have you seen this yak pelt, people?! Also, he's a horse. And then, of course, the people who assume that they can just come ride my horse or that I will teach them to ride. Heh. No.

6. A time you've been scared for your life (horse related)?
Which experience do I even choose?! There are so many. One incident that stands out in my memory is when I was working at a small show barn, and the resident very large, very energetic 4 y/o WB stallion decided that he was just DONE being in his stall for the day, and charged straight at me as I was standing in the door to fill his water or give him hay or something. My life flashed before my eyes, and I just jumped out of the way and let him run. I got in trouble for "letting the stallion escape" but what the heck was I supposed to do, let myself get trampled?! I've also had very calm moments of "OK, this is how I die" the few times that horses have fallen while I was on them.

7. Have you ever fallen off at a show? What happened?
LOTS! Hahaha... I fall off probably way more than the average person should. One of the funniest times, though, was when I was at an IHSA show in college. It was one of my very first o/f classes after I'd moved up from the W/T/C division, and it was February and FREEZING. I was so cold and stiff, and the saddle was so slippery I just couldn't get secure. I somehow made it all the way around the course until I just slipped right off after the last fence. Another time, I was in a show at the lesson barn I learned to ride at, in a work-off for the Championship of the division, and the horse I was riding decided to lay down and roll as soon as they announced, "You are now being judged." I got back on, and of course he was perfect the rest of the time.

8. What's a breed of horse you've never ridden but would like to ride?
I REALLY want to ride an Icelandic Horse! I think I would giggle the entire time!

9. Describe the worst-behaved horse you've ever ridden.
Dino was pretty bad when we were at college - any forward cue would result in him planting his feet and trying to buck you off, except when you jumped him, and then he would just bolt at the fences at warp speed. I also rode some truly rank lesson horses growing up - buckers, bolters, rearers, and that horse that was known for laying down and rolling with a rider up. Good Lord, it's a miracle I survived to adulthood.

10. What's the most frustrating ride you've ever had?
SO MANY rides on Dino just trying to get him to go forward without having a complete and total meltdown! And when I was first learning to put a horse on the bit, I just didn't get it. I had a lot of frustrating lessons during that period of time!
Email Post
Labels: blog hop