A Blessed Increase in Borrowed Time 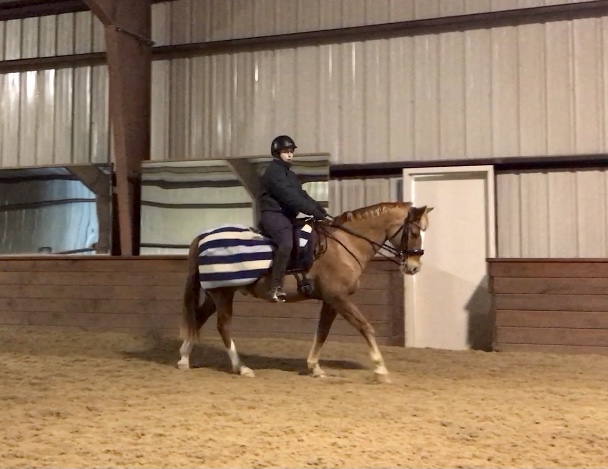 Dino will be 23 in May, and I'm well aware that we're running on borrowed time when it comes to how long he has left as my primary riding and competition horse. Since he turned 20, each setback we've had has planted the thought in my mind that he very well may have reached the end of his career, and every day I swing a leg over, the reality of his eventual retirement remains looming in the background. It's something I think about a lot. Eventually I won't be able to ride him anymore, and eventually he won't be with me anymore.

However, Dino seems to have absolutely no idea how old he is.

I know horses don't live forever, but Dino seems like he's damn well trying to. Even at his age, he just keeps coming back, again and again and again. Every time I think, "Well, this is it, we've had a good run, old buddy," he just bounces right back. God just keeps answering my prayers every single time I ask for healing for this pony, and I am so, so thankful for it!

My last post was about two weeks ago, and in those two weeks (one month post-injection) he has built so much strength back. He feels absolutely fantastic! For the first time in a long time the other day, I engaged my core and my lats and Dino puffed up into his Dressage Pony Power Walk with hardly any effort on my part. It's been SO long since he's been able to do that, and it totally made my day. 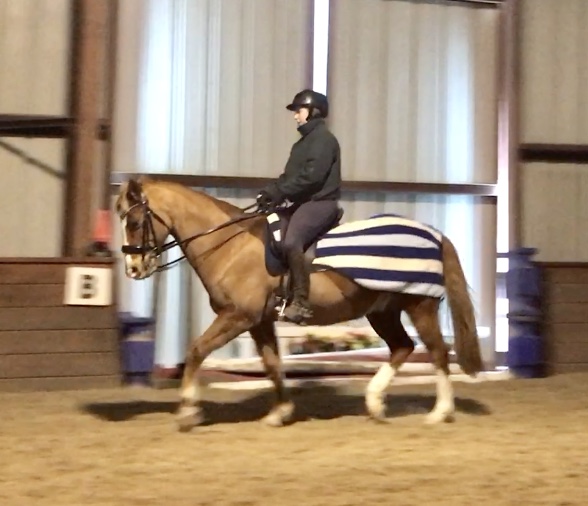 I've been steadily upping his workload and Dino is taking to the increase really well. I'm still sticking to 30-40 minute rides, but riding him in the double some days, asking for more time round and on the bit in walk and trot, and starting to introduce more canter, transitions, and lateral work. I'm thrilled this program is working for him, and he comes out eager to work every day now that his body feels so much better.

I'm also making sure to include lots of rest days and tackless stretch days, so he's really only working hard maybe 3-4 days a week, but keeping moving and doing things 5 days a week.
Dr. Auntie is also tickled that one injection in one joint compartment in one stifle did the trick! At this point he feels so good and straight that I don't even think we have to adjust him again, which is just fantastic. 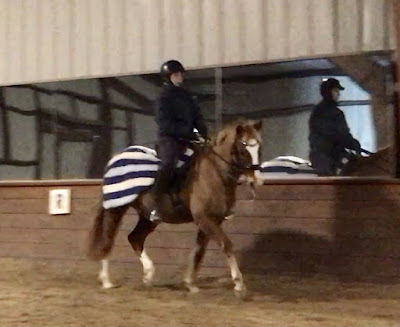 I'm sure we'll hit walls of body soreness here and there as Dino starts to move better and better and attempt more difficult work, but for now, I'm just so happy to have my partner in crime back in action.
Email Post