If you follow me on social media, you'll already have noticed that we added a new furry family member to our household recently, evidenced by the nonstop puppy pictures! 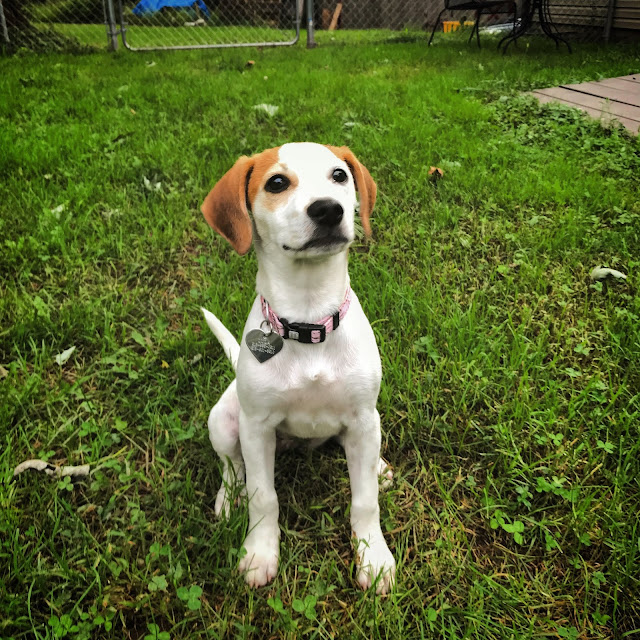 We've been wanting to add a second dog to our family for a long time, but it just wasn't realistic for us until we bought our house last year and finally had a fenced in yard and plenty of space for cavorting canines. Even then, we weren't actively looking for another dog, and definitely not a puppy. Michael wasn't sure he could handle a baby on his own most of the time, since I don't work from home with him anymore. But, as only the best animals do, Lula found us. 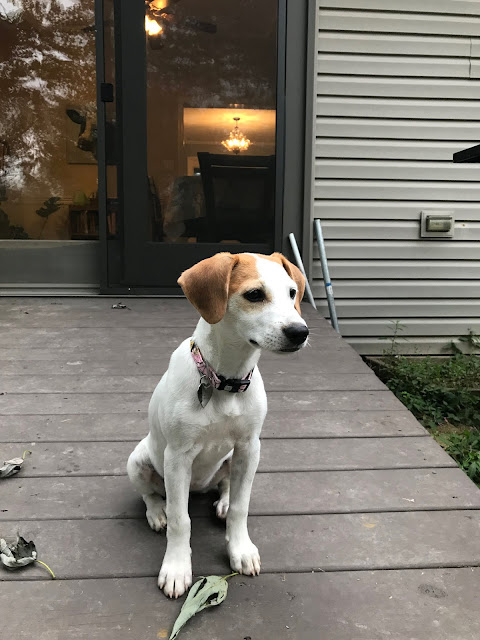 A friend I used to board with was fostering her for a local rescue, and posted her picture online. Like with every cute dog I see on the internet, I sent Michael her picture with an accompanying text reading something like, "OMG WE NEED THIS DOGGO STAT!!!!!!!" Usually he dismisses such messages, since I send them to him on a near-daily basis. 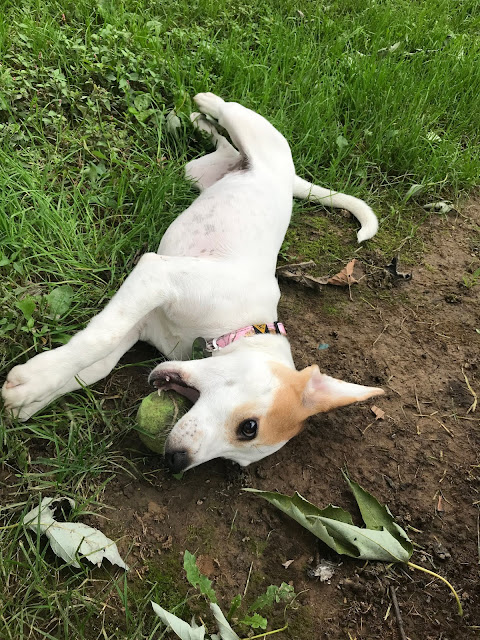 But when he saw our future fur-baby, his interest was immediately piqued and he started asking tons of questions, including when we could meet her. It was at that point I knew - WE WERE GETTING A PUPPY. As long as Max approved, of course.

While it wasn't love at first sight for Max upon their first meeting, it was a perfectly pleasant interaction with no aggression between the two. When the dogs met for a second time, my shy little man finally took the puppy's bait and raced around the yard with her, having a great time playing! In just a few days, our paperwork with the rescue was approved, our adoption fee was in, and we were the proud puppy parents of two! 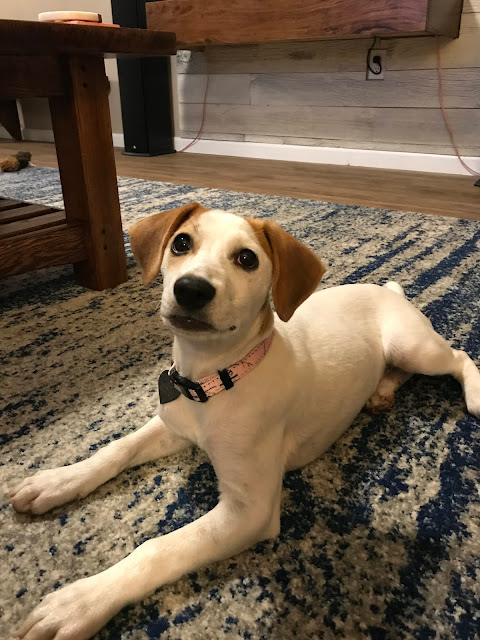 Michael chose her name (though I think she told him what her name was!) and insisted that she have a pink camo collar and matching pink leash. He is going full-on baby-girl-daddy with this one and it's ADORABLE. But this puppy, you guys. She is really a special girl. 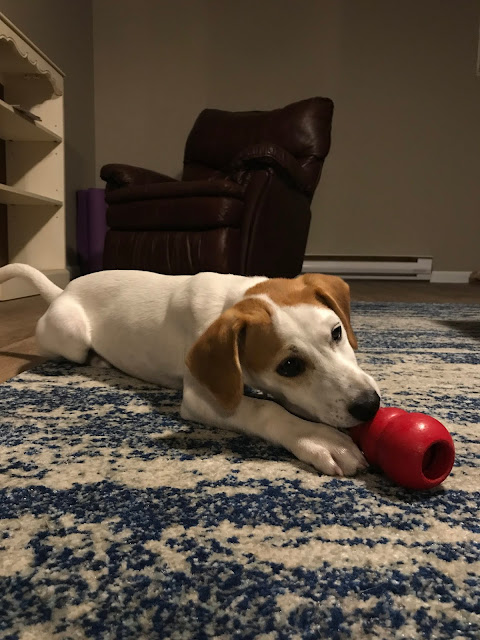 At only about 4 months old (we're not entirely sure of her age, or breed) and recently rescued, she already has a very good grasp on house training, sit, stay, come, and drop it. We've only owned her for literally four days. She's sharp, smart, sassy, and definitely has some terrier tenacity in her. Lula has boundless energy, loves to play, but is picky about her food. She gives great kisses, but is still working on not wildly booping people in the face with her nose. She's so, so intelligent and observant and is going to be an absolute blast to train! 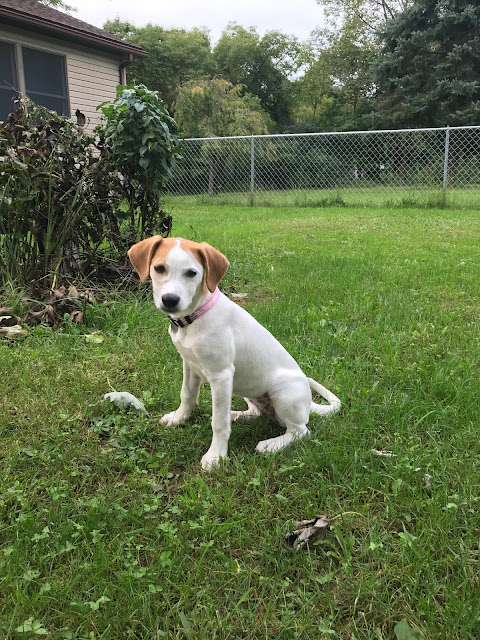 I hope y'all are ready for a LOT more puppy pictures on this blog!
Email Post
Labels: puppy