Big Spencer Mountain stands 3,205 feet above sea level. While this is only a fraction of the size of Katahdin, Maine's highest peak at 5,269 feet, it's still a sizable mountain by East Coast standards. It overlooks Moosehead Lake and the one-blinking-stoplight town of Greenville in the middle of Maine where we were staying for a few days on vacation, and on our first full day there we set out to climb it.

We drove to the base of the mountain on rough backwoods logging roads, passing only one or two other vehicles on the way, looking for moose in every small clearing and bog. The truck bounced and jostled us as we headed further and further from any sign of civilization. Everyone was quiet as we took it all in. 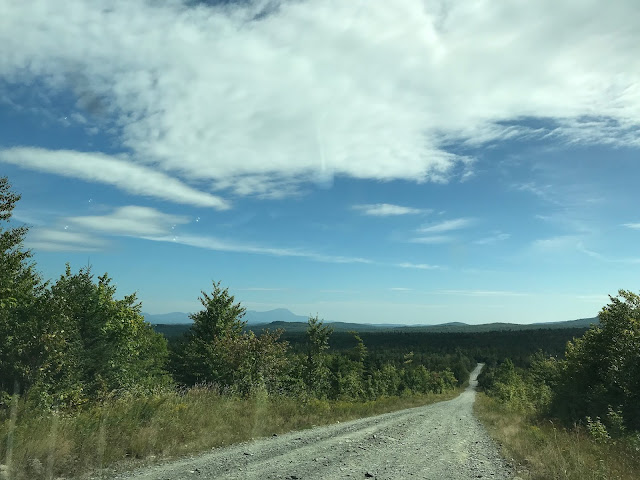 When we arrived at the trailhead, I was excited to get started. While I don't have a lengthy resume when it comes to hiking and backpacking, I love doing it and couldn't wait to see how the Maine woods would be different from the trails in Pennsylvania and New Jersey that I was used to. I was the first one in our group to set foot on the path, and kept my lead throughout most of the hike with a buzzing energy that seemed to vibrate out from the forest itself. Out there, the mountain seemed to breathe with a life and a spirit all its own, and I soaked it in through my skin and powered up the trail. 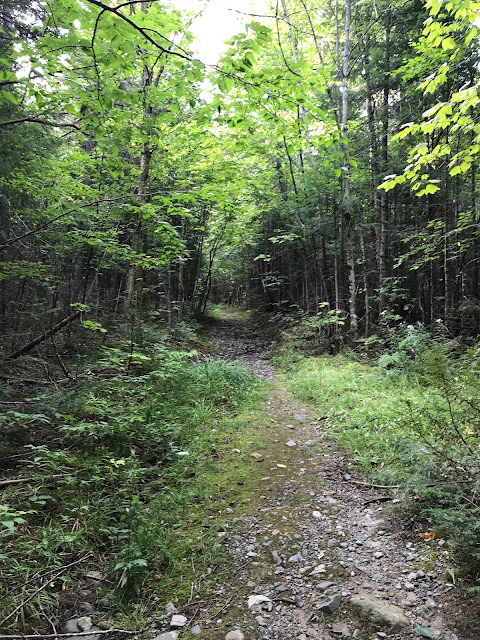 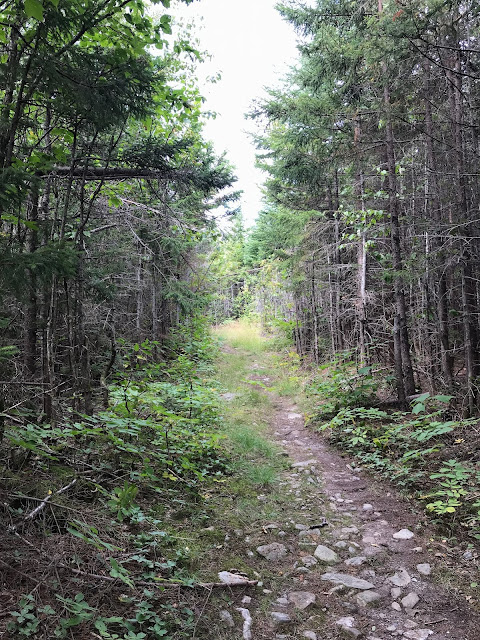 The way got a little steeper towards the end of the first half of the hike as we neared the first lookout. I imagined my legs like mechanical pistons, pushing me up each incline and over the rocks until I reached the next flat stretch of trail. I encouraged my friends - we were nearly halfway there! Still full of forest-life, I smiled with a big, stupid grin as we burst out into the sun at the lookout. Halfway up Big Spencer was the beautiful reward of a breathtaking view. I couldn't believe the miles and miles of pure wilderness that I was looking at - not a town or a highway in sight. It was awe-inspiring. 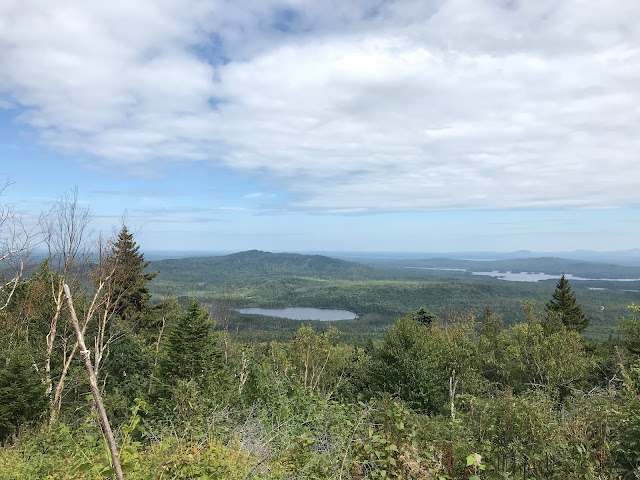 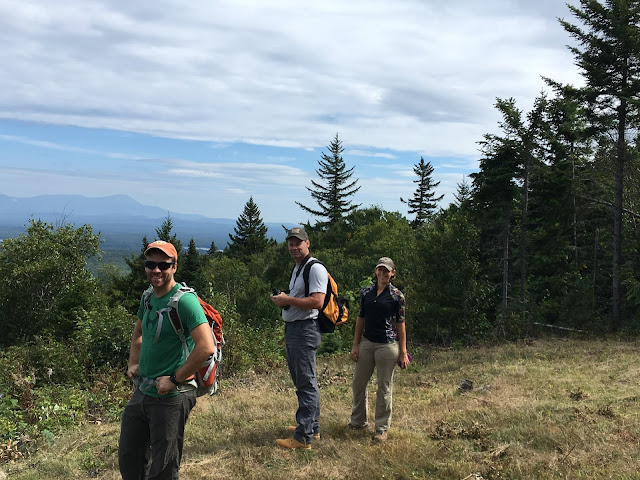 After a short rest and a small lunch, we decided to keep going and push on through the top. I was, at this point, over-confident that I could skip up the rest of the mountain as I had the first half, and had taken the pack from Michael since he was tiring more quickly. While I did maintain an energetic lead throughout most of the second half of the trail, things got much more challenging than I had anticipated.

From the halfway point, the trail went nearly straight up.

And up, transforming from a neatly groomed and weathered dirt path to a broken line of boulders held together with the living fingers of tree roots. Now, it was truly a climb. 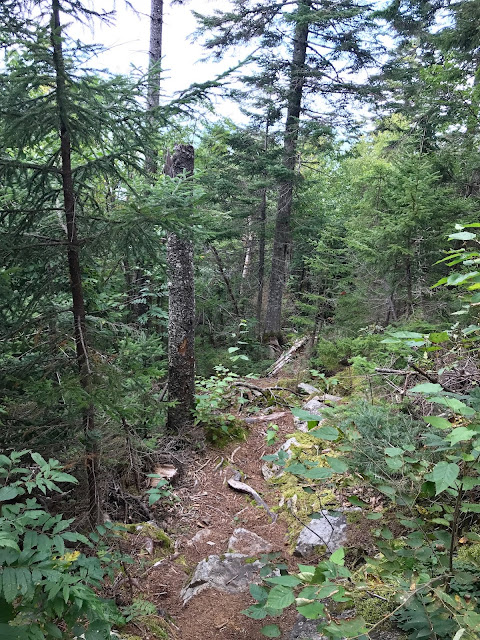 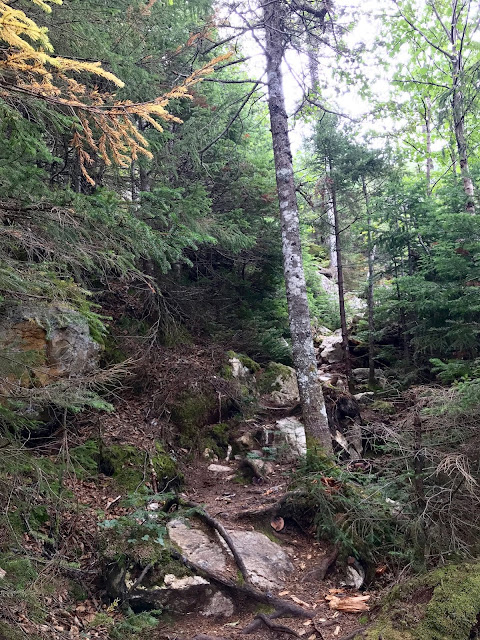 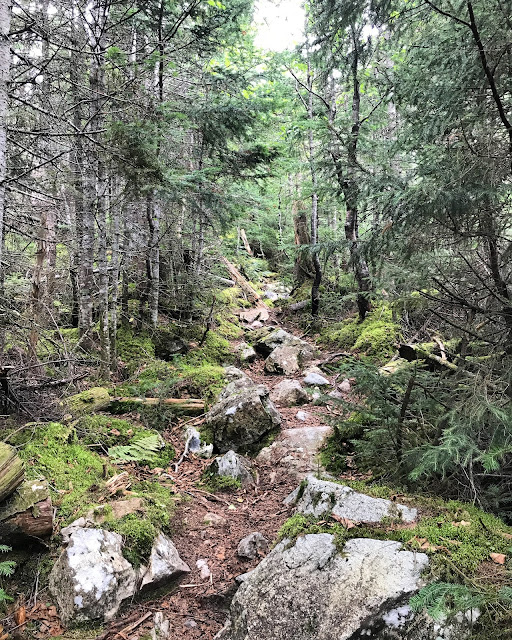 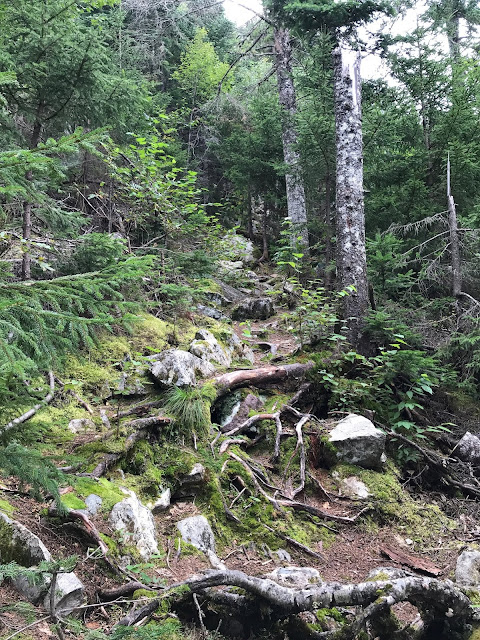 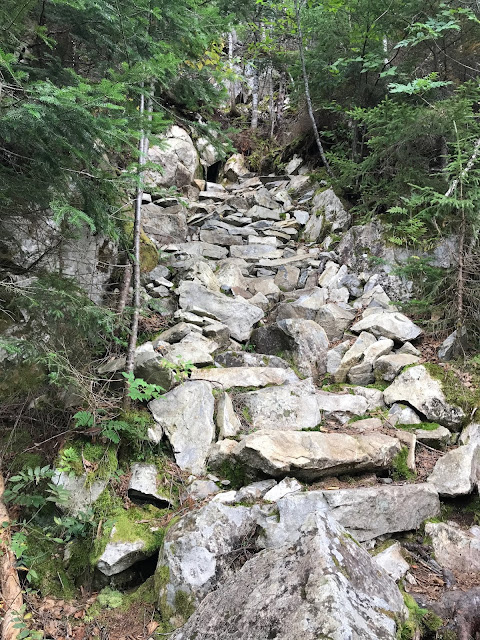 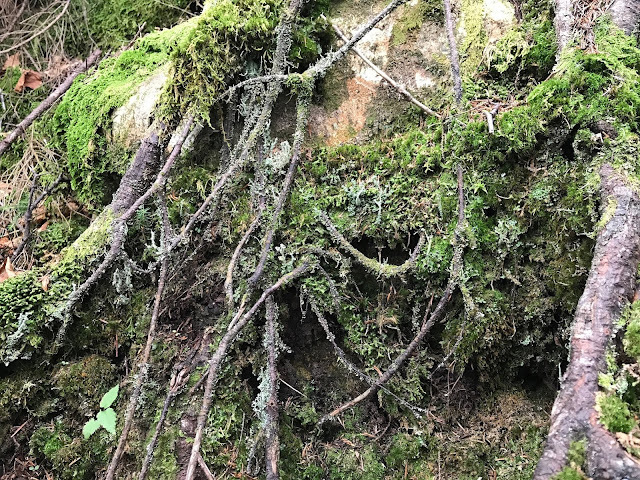 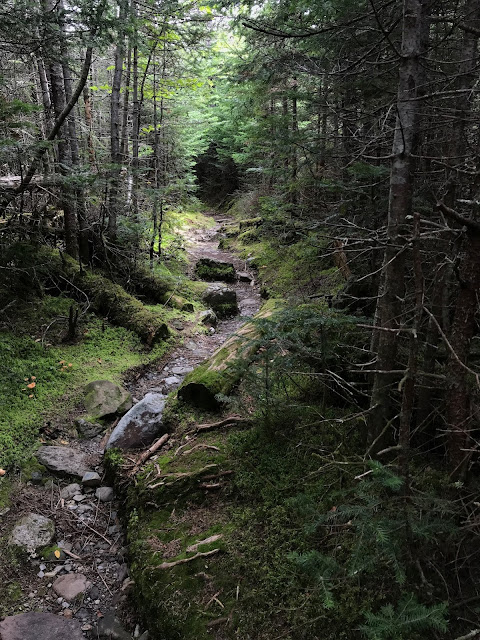 Truth be told, I'm afraid of heights. Scaling sheer rock faces is not my idea of fun, and on more than one occasion I've been paralyzed with fear while climbing steep terrain, knees shaking, heart pounding, unable to move another inch. But this day, whether it was a new well of courage I'd found in myself or the power of the forest churning through me, I didn't blink at any of it. There was not one moment of trepidation, not one shaky-legged pause, and absolutely no fear. In the unnatural silence of a wood so dense it muffled sound like a furnished room, I came to life.

Even in the light of the energy and joy I was feeling, the climb up Big Spencer was still without a doubt the most difficult hike I'd ever attempted. More scrambling over boulders than hiking in many sections, it was slow and tedious going to pick my way up the rocks. My shin splints were aching and I could tell that I would pay for this journey in sore muscles the next day. With each landmark I passed, the trail only seemed to go on and on, up into the trees forever. 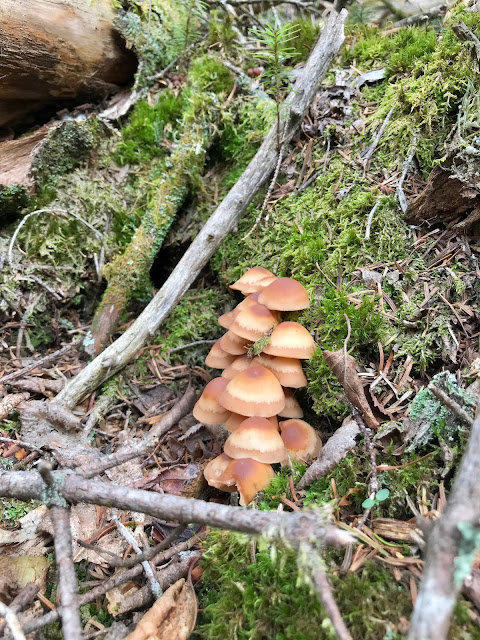 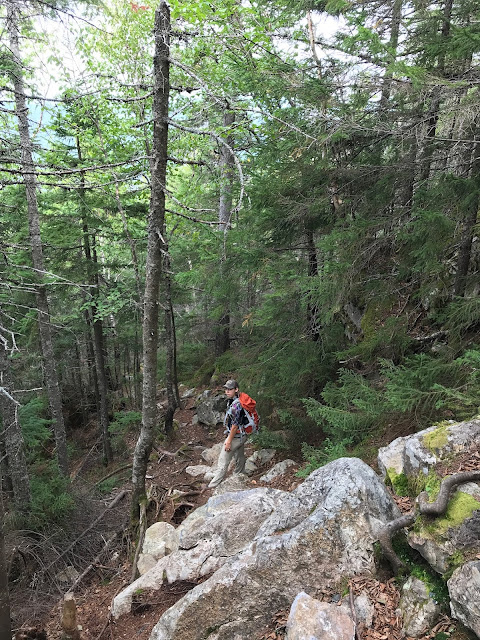 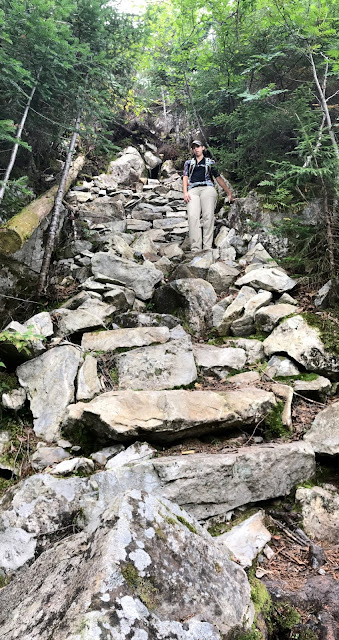 Eventually, alone and ahead of the group at that point, I passed a family heading down from the summit who said that I was nearly there - the two ladders up the last sheer rock face to the top of Big Spencer were just a short hike away. I grinned, and practically jogged down the trail, only stopping to wait for my friends at the base of the ladders so that we could reach the top together. We'd done it! I was electric with joy. 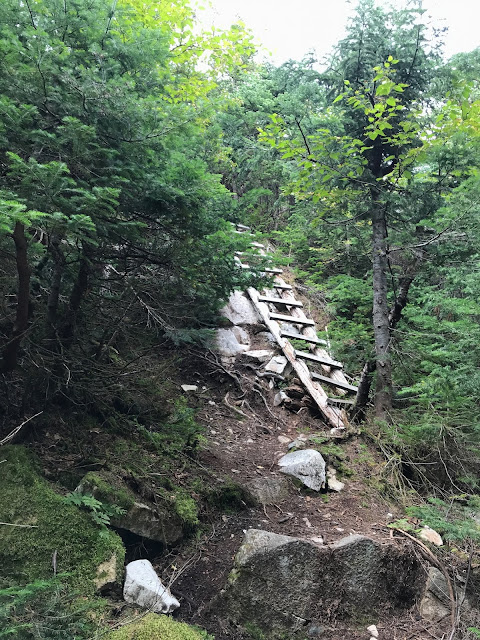 Even climbing the ladders, which would have frightened me half to death in the past, was no problem and I scrambled up to the top with ease. Basking in the accomplishment of a difficult hike, I looked out over the Maine wilderness, wind whipping around me, beyond satisfied to exist in that moment. 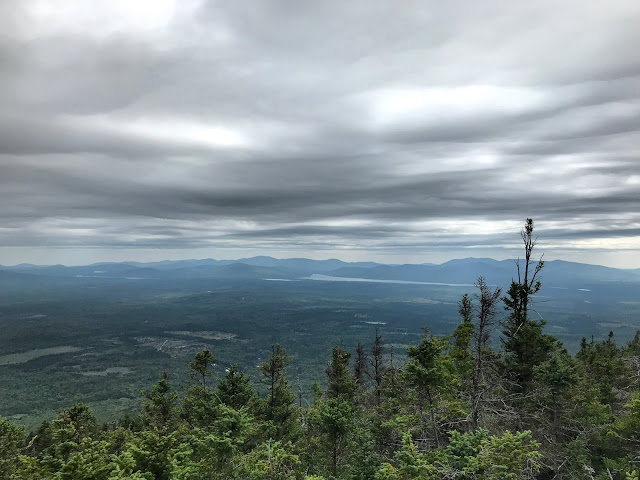 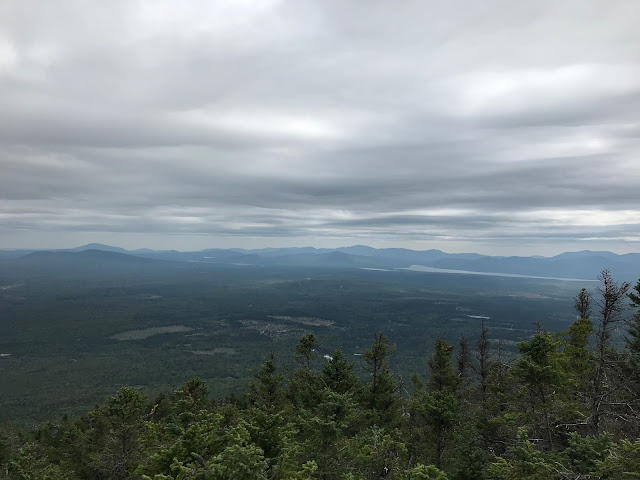 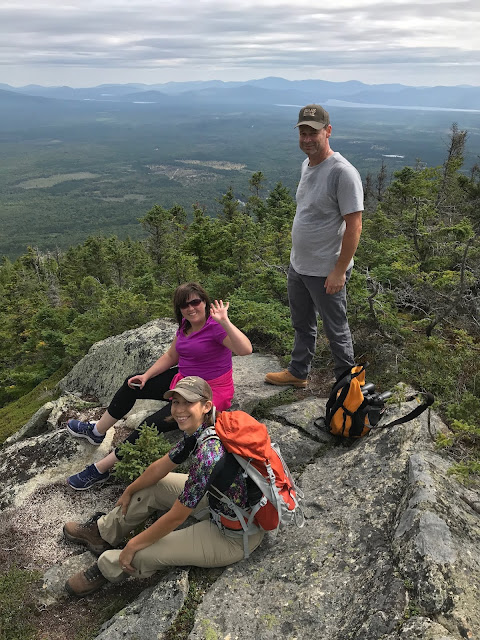 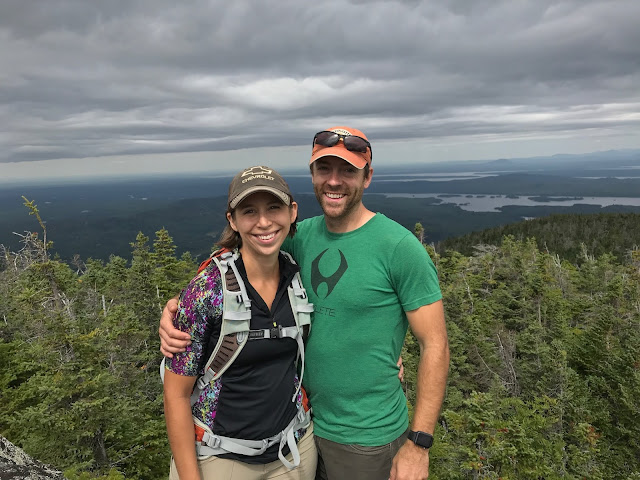 After a testing climb, the descent was like being a rock thrown down the mountain, just skipping along towards the bottom. Going down, which even on the cross-county course scares me, was just faster and fun, and I found myself trusting my body to catch itself in ways I hadn't before. Eventually, we all returned to the trail head tired and sore and happy. We'd all climbed Big Spencer, and while I couldn't see into anyone else's hearts, I knew mine had been touched forever by the forests and mountains of Maine.
Email Post
Labels: hiking Maine