After the first couple blissful weeks of riding in my new dressage saddle, something about it started to bug me.

It wasn't that the fit was ALL wrong, in fact I still generally thought the shape and balance of it was a good match for both Dino's back and my butt. But there was something just not quite right about the whole thing. Dino had gone great in the saddle for the first several rides, but as time went on he seemed to be uncomfortable in it, was becoming reluctant to lift his back, and at one point I noticed that he was getting sore in his lower back right behind the panels.

It was then that I put out the SOS to Tara, our favorite bodyworker and saddle fitter, for an evaluation and re-flocking. She was already scheduled to see Dino for body work in a few weeks, so the timing for getting the saddle sorted out worked out perfectly. 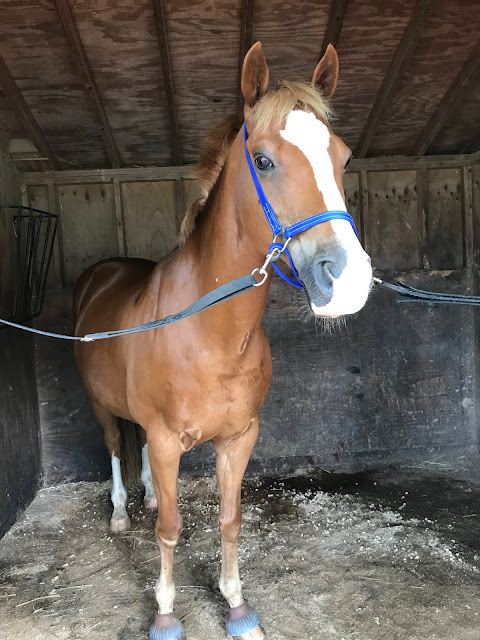 After sending Tara photos of the saddle both on and off the pony, she agreed that overall the fit was good but it needed a total overhaul in the flocking department. EVERYTHING inside the panels needed to come out and be replaced with new wool. While that was more work than I was expecting it to need (I was hoping for just a little adjustment here and there!) I happily handed over the saddle to get its makeover prior to our appointment with Tara.

And, wow, did it get a makeover.

When Tara opened up the saddle to reveal its innards, she found PILES of wadded-up synthetic stuffing that looked like it had come out of a pillow. It was definitely not wool and there was definitely WAY too much of it! She replaced all of the flocking with new, soft, squishy, luxurious wool stuffing, and when I got the saddle back I was amazed at the difference. The shape of the panels had been changed completely, they no longer bulged out, and they were soft and squeezeable and just felt like they'd be much more comfortable for the horse.

As you can see from the photo below (top before, bottom after), The most dramatic change was in the rear panels. They went from bulbous, over-stuffed, and honestly downright pointy, to much much softer, wider, and flatter. This not only ensured that the panels now followed the shape of Dino's back better, but also distributed my weight better since the surface area was vastly increased. 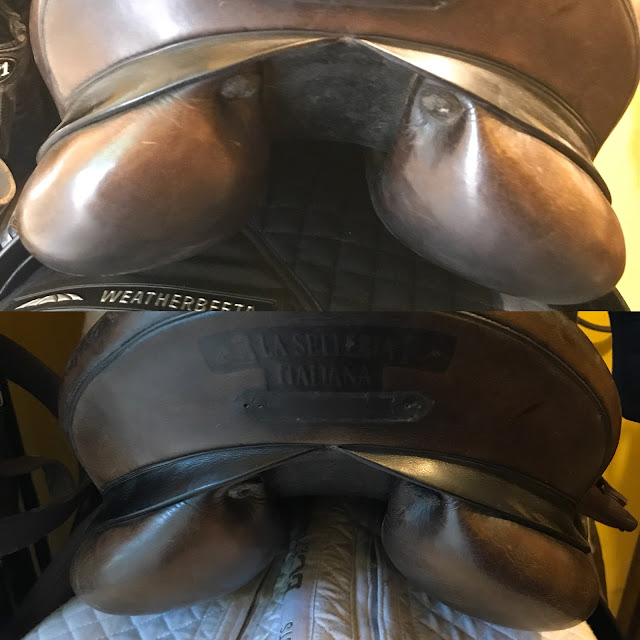 I was thrilled with the changes, and with the addition of some shims to balance the saddle perfectly to the current state of Dino's back, it now fits as it should have all along. It was so exciting to see this beautiful saddle reach its full potential! 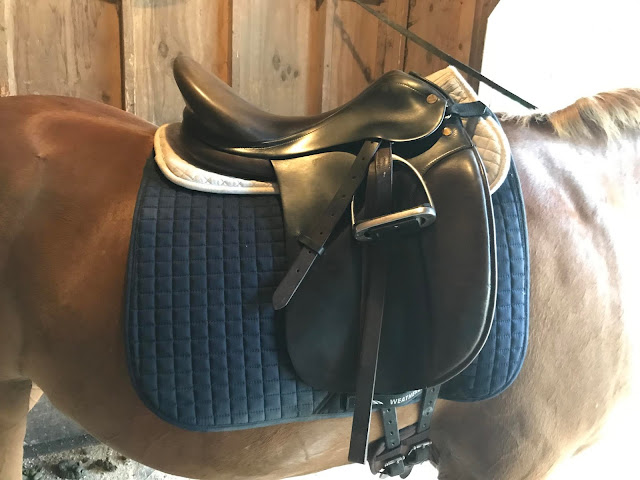 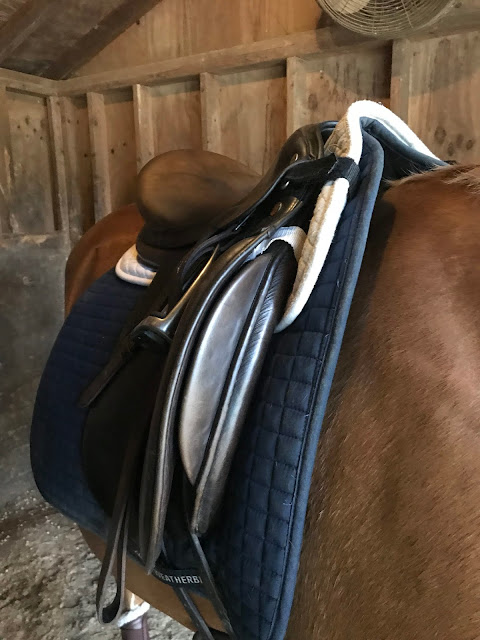 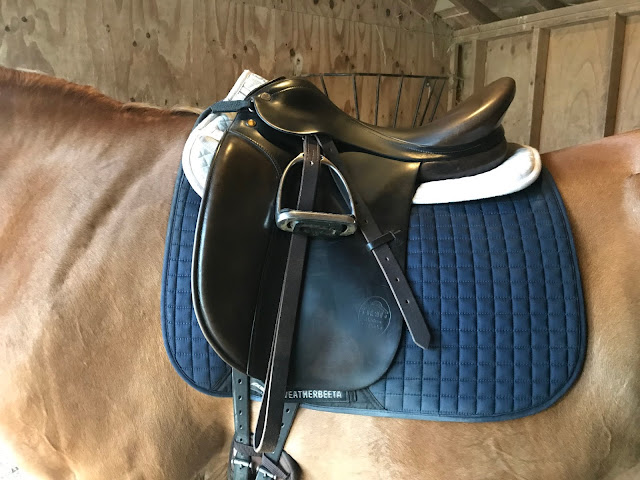 After Dino got his body work done and we made all the necessary saddle adjustments, I took it for a quick spin around the yard. I was sitting a solid 1" closer to his back, and the saddle felt more squishy and soft from my side, too! It was more comfortable than before, and Tara approved of its fit for me as well. She said that Prestige tends to be a good brand for more petite riders because of the narrow twist, and I had to agree. Every one I've sat in has felt like home!

I'm SO happy I had my saddle reflocked, despite the rather hefty expense. Dino's more comfortable, I'm more comfortable, and after a week of riding in it after its makeover and Dino's bodywork, I'm already noticing a positive change in the way he holds his topline. It's the first time I've owned a wool-flocked saddle that could be adjusted like this, and after getting it done, I can definitely see why so may people prefer wool over foam!
Email Post
Labels: saddle fitting