Hi all you people out there on the interwebs! My name is MAX and I am a DOG!

My mom is always writing about my big brother Dino and his adventures, and I figured you might want to read about my adventures, too! So she is helping me write this blog. I only have toe beans, so I cannot type. Also, I cannot read, either. So Mom has to help.

Sometimes my mom and dad pack up a bunch of stuffs, and put it in the truck, and then they put ME in the truck, too, and we go on a really long drive!

I have to wear my seat belt harness, which is suuuuuper dumb and I hate it a lot,  but mostly I sleeps.

When I wake up, sometimes we are at a place called THE MOUNTAINS!

I love The Mountains!

It is pretty much the most funnest place you can go. There is a big house with SO MANY SMELLS IN IT, and I get to do SO MANY FUN STUFFS!

AND I GOT TO GO THERE LAST WEEKEND AND IT WAS SO AWESOME!!!!

When we got to The Mountains it was already nighttime, and we was super tired from riding in the truck, so everybody went to sleeps.

I woked up the next day, and I was so excited, because we were at THE MOUNTAINS!!! I told my Mom to get up right away so we could go do cool stuffs!

My Uncle Isaac and my Aunt Kelly were there, too, which is so awesome because I LOVE THOSE GUYS!

We got to be outside alllllll day, and have snacks, and lay in the sunbeams, and smell smells, and also watch trucks drive by.

This is, basically, the greatest, most funnest thing ever. We go SO FAST, and all the smells blow into my face, and I am with my dad, who I love a lot.

Mom even took a video to show you guys how awesome and fast we were going!


Then Uncle Isaac, who is the best because he gives me so many snacks, cooks dinner and makes a real big fire. 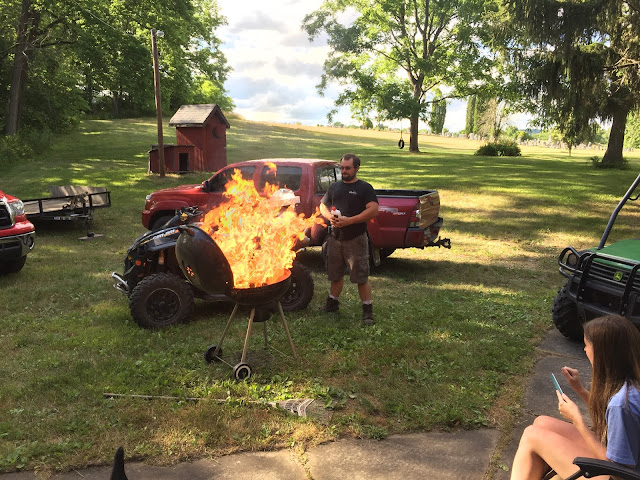 That part was kinda scary, but then it turned out OK because Uncle Isaac cooked a lot of meat and then he gave me some!! He is the best uncle ever.

I also get to play with my dad outside, which is so many funs! My mom took another video to show you! I am really very ferocious and scary, but then I snuggle Dad at the end to let him know that I won't eat him. You got to reassure your dad that you are not bloodthirsty, sometimes.

The next day, we went on a GATOR RIDE!!

Gator rides are like, my next favorite thing to 4-wheeler rides. I have to wear my harness and that's pretty dumb, BUT I get to go to really cool places in the woods with my favorite aunt and uncle!


We went all the way up the mountain to a place called The Clearing. We were so high up you could hardly even smell the houses! Of course, I had to get my picture taken like everyone else.

Then I found a stick, and that was awesome! 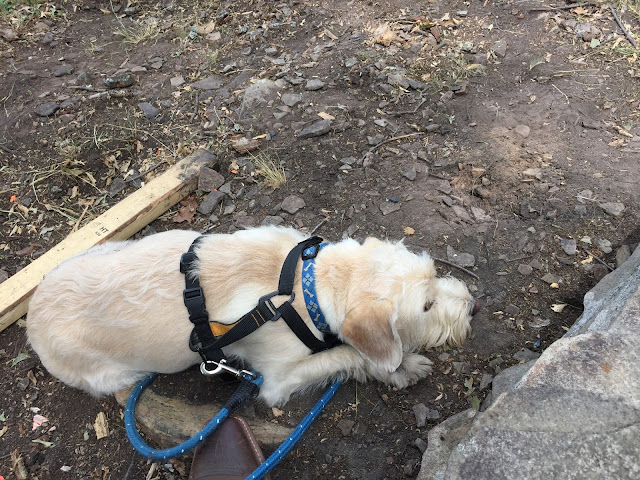 THEN we got to go to the creek! Silly mom forgot to take pictures of the creek for my blog. Uncle Isaac got little leech slugs all over him and it was gross. I don't like the water very much, so I just put in my feets, that's all. I's scared of piranhas.

When the day was over, I was SO SLEEPY. I made this blanket fort and took a nap.

The next day I woked up, and my toe bean hurt SO BAD. I was so, so, SO SAD. All I could do was be a sad donut.

So mom petted me a lot and told me my toe bean would be OK, but I don't know about that because she kept trying to look at it and poke it with her fingers and IT HURT SO BAD!! So then we went home, and Mom took me to the doctor and it was REAL SCARY. It was so scary I drooled.

The doctor poked my toe bean and then she said that a very mean bug BITED ME WHILE I WAS SLEEPING! HOW DARE THAT BUG! I was so offended.

She gave me some medicines to make my toe bean feel better, which is good, because that means I get cheese snacks. And also I would like to use my foot again. It is hard to chase bunnies with only three feets. 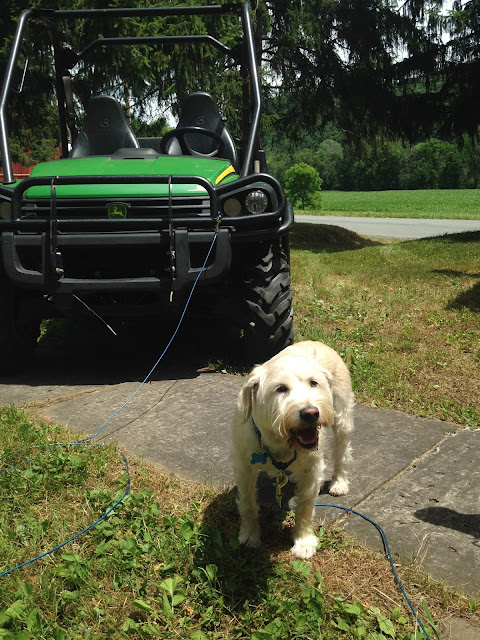