Can't I Have My Cake And Eat It Too?

The problem with ponies is that they are always looking for a way to make their lives easier. With Dino, the name of the game lately seems to be that he can EITHER flat very well, or jump very well, but not both. That is too hard. That involves too many butt muscles.


The footing's been really good over the past week (thank you above-freezing temperatures!) so I've been taking the opportunity to work more over fences. I set up the trot-poles-to-a-small fence exercise that we were having trouble with in our last lesson, and have been working towards building the last element up into an actual jump instead of half a crossrail that my pony can just trot over. His confused reaction to having a small vertical 4' away from the last trot pole ranged from launching over it from two poles away (how I stayed on I do not know) to crawling to a stop in front of it and asking me how in the world he was supposed to fit himself into that 4' space.

We kept at it.

And eventually, it clicked in Dino's mind and he started JUMPING (from the right place, thank the Lord) the little fence by tucking his butt under and compressing himself after the last pole. Understanding the exercise gave him SO much confidence, and once he figured it out I didn't have to push him through the poles or even add leg at the base of the jump. What a good pony! 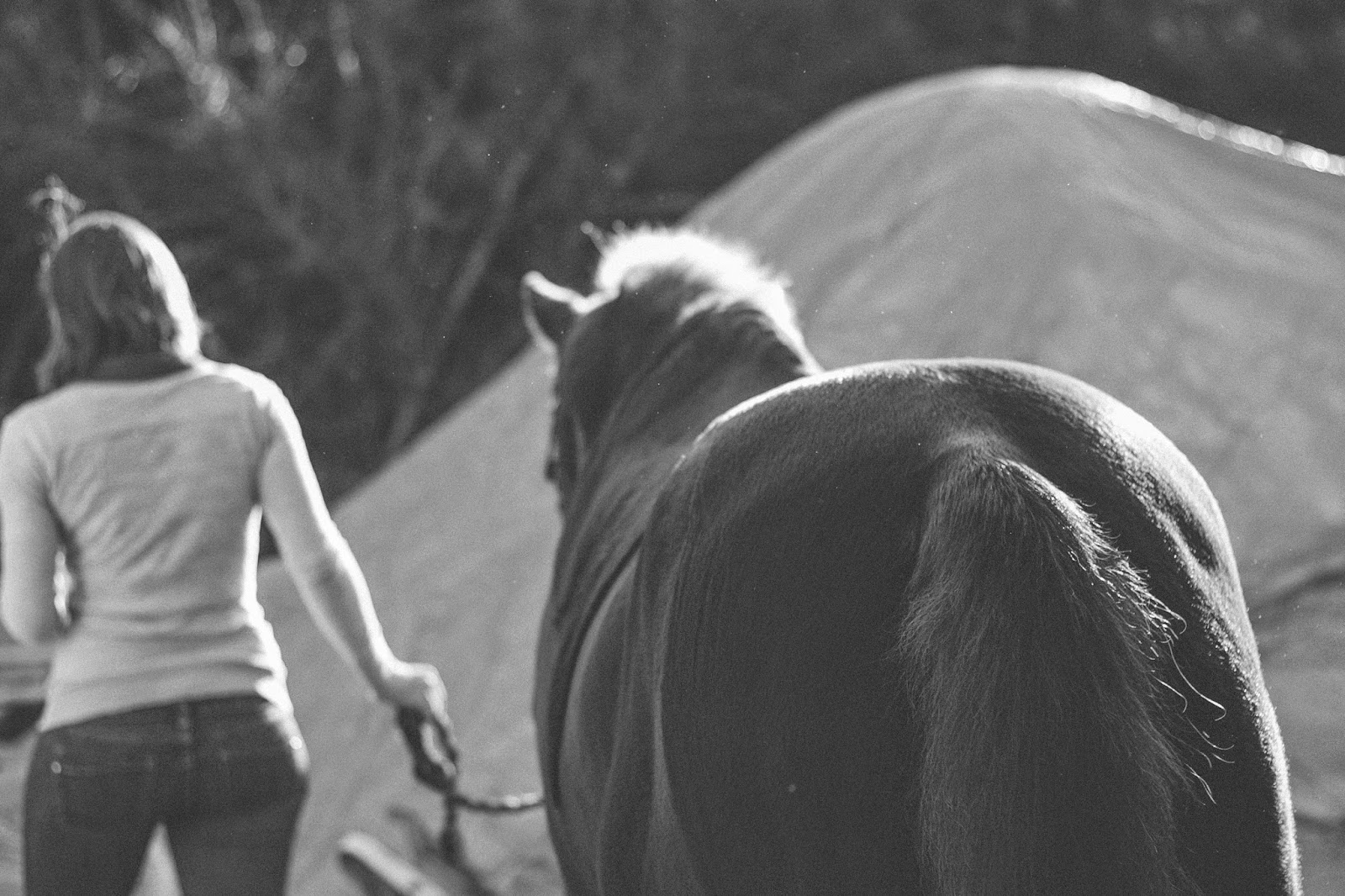 I've also been jumping some decent-sized single fences and lines, trying to remind myself to just ride a good canter and LET GO, allowing that good canter to manufacture the distance. During one jump school last week it was blowing and snowing and windy and cold, and I was riding like a hunchbacked amoeba, throwing in some lovely chips at the base when I realized at the last second that our under-paced canter was not going to get us over the jump from where we were. Dino was very kind to put up with me, but declined to jump a 2'9" oxer when I pointed him vaguely at it and took my leg off.

I've gotten my act together a little bit better since then, committed to a forward canter, and 2'9" is starting to look small again. I hope to get up over 3' in our next school, just to keep my own confidence up and remind myself that we won't die when the jumps get bigger. This also helps BN fences look teeny. It's also really easy to stay balanced over the top of Dino's back-cracking jump in my new saddle, and I love how it helps my hips fold back over every jump.

HOWEVER... when I decided to get back to some solid flatwork after a few great jump schools, Dino acted like he had forgotten everything we'd worked on over the past two months. He was behind my leg, resistant, would not bend to the right, and was so heavy on the forehand. Ugh. Our last ride was spent re-installing a whole lot of buttons and reminding my dear ponykins that the following things are Not Okay: breaking gait, ignoring my leg, counter-bending, drifting around wherever he feels like going, and leaning on my hands.