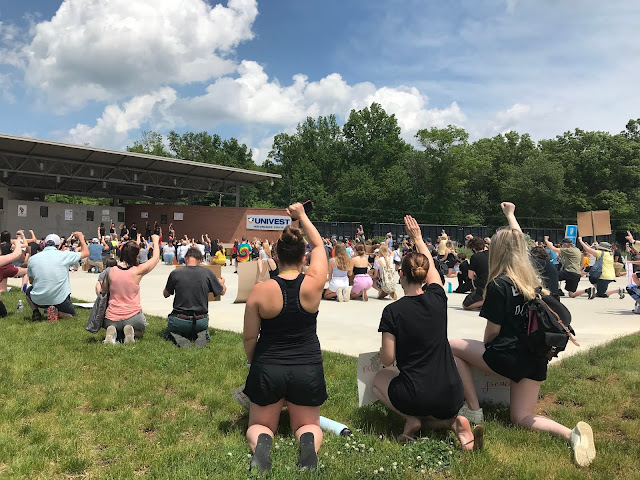 The greatest trick the Devil ever pulled was convincing the world he didn't exist.
-The Usual Suspects (1995)

If you had asked me a year ago if in June of 2020 I would be headed out to a protest march and rally to oppose police brutality against black people in the middle of a global pandemic, I probably would have looked at you like you had three heads.

And yet, that's the very situation I found myself in this weekend.

If you haven't met me in person, you ought to know that I'm not the kind of person who goes to protests. I am a quiet, conflict-averse, behind-the-scenes sort of person who likes to minimize the risk in their life and generally leaves the big, dramatic stuff for someone else to deal with. It's not my thing. I refrain from political discussions, and try to speak as gently and inoffensively as possible about my faith. I don't like to make too many waves. I'm a rule-follower.

I'm not the kind of person who goes to protests.

My heart - and the hearts of so many other white people in my circle - has been irrevocably revived by the blunt truth that black people cannot live with the assumption that the police will protect them. The more I learn, the more convicted I feel, and the more I am convinced that I need to stop being complicit to the problem of racism and start being a part of the solution. It's vitally important now that we begin by showing up - by demonstrating that we care, by refusing to hide on the sidelines, by making a stand against violence and oppression in a way that can't be ignored. We must call out racism for what it is and not allow it to hide any longer.

Last Friday evening, my pastor emailed me about a protest in our community that he would be attending with a handful of others, and asked if I wanted to join them. He said he could not guarantee our safety, and no one knew how it would turn out. A protest planned for the previous week in this same neighborhood had been cancelled due to its residents vocally threatening violence against the protesters. I was scared. After all, I'm not the kind of person who goes to protests.

I hemmed and hawed and finally came to the conclusion that if I was going to commit myself to being a part of the sweeping change that is shaking my country, solidifying my integrity by showing up to this protest, facing my fear, and being more vocal than I ever have been about any social justice issue was where it had to start.

So, heart pounding, I went. 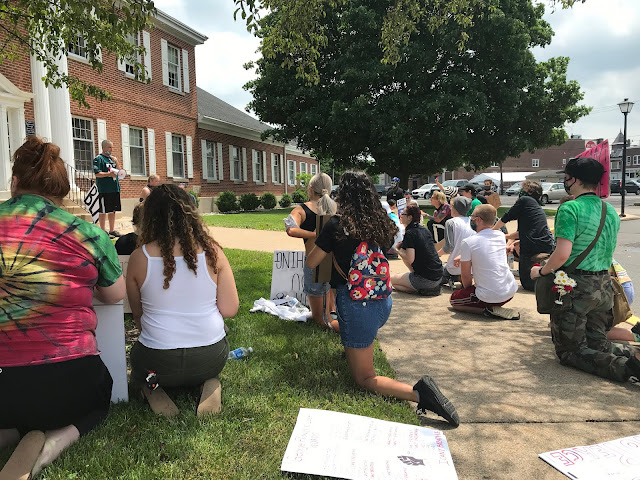 And it ended up being one of the most powerful, beautiful things I've ever been a part of. Response from the community was overwhelmingly positive, with people driving by honking their horns, waving, and pumping their fists in the air. I saw all kinds of people - all colors, ages, sizes, and shapes - coming together to declare that violence against people of color would no longer be tolerated. I bore witness to history in the making, to the beginning of what I believe is real change for our country. Young black people from our community spoke to the crowd about their experiences with racism, their passion for justice, and the way forward. I saw people unified in love and in the pursuit of justice as I have never seen before. It was an enormously powerful statement, and something I will never forget.

But let's not stop at grand, dramatic statements. There is so, SO much work to be done!

We must continue to implore those in political power for police reform, we must continue to contribute funds to the people and organizations working to raise up black neighborhoods, and most importantly we must continue to listen and learn and grow our empathy and humility. Because no matter how much legislation is passed, no matter how many police departments are disbanded and reformed, if real change does not happen in people's hearts, we will not see the end of racism in this country.