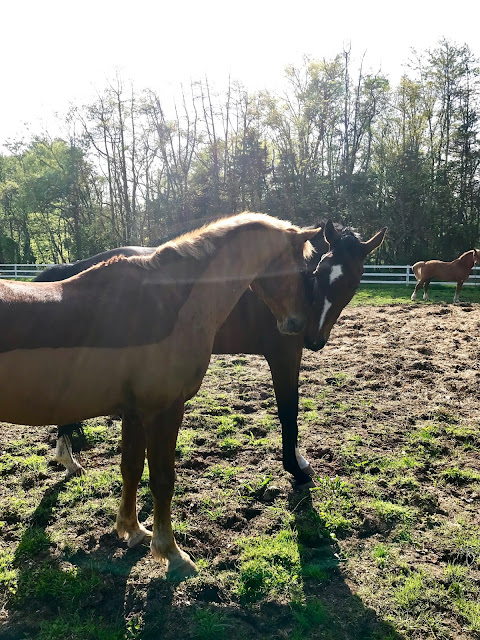 In all the years that I have known Dino, he has never been in love.

Until, that is, he met Rachel.

Since the elegant bay Thoroughbred mare arrived in his pasture a couple weeks ago, the romance between them has been burning bright. Dino, never one to get involved in matters of the heart, fancied himself a young, hotblooded colt again and within a day of his and Rachel's meeting was ready to defend his lady to the death. Under no circumstances was anyone allowed near Rachel, his one true love, and Dino demonstrated impressive spins, kicks, and cutting maneuvers that I never would have expected from a 21-year-old pony. Poor pasturemate Marley never had a chance - if he even looked at Rachel Dino would come at him ears back, neck snaking, ready for a fight.

When the two were separated to be ridden, there was quite a lot of screaming and pining away for each other and all sorts of other dramatics. 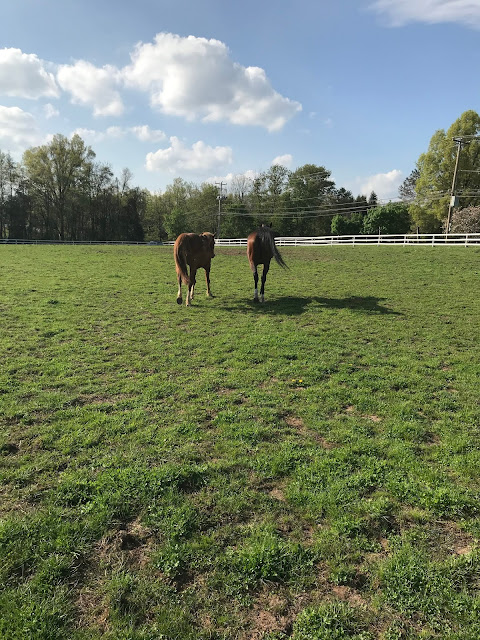 As whirlwind romances often do, this one quickly got wildly out of hand. Dino became so protective of Rachel that her own humans couldn't even get near her, and this became a problem for everyone. Their love saw its tragic end when Rachel was moved out of the field. 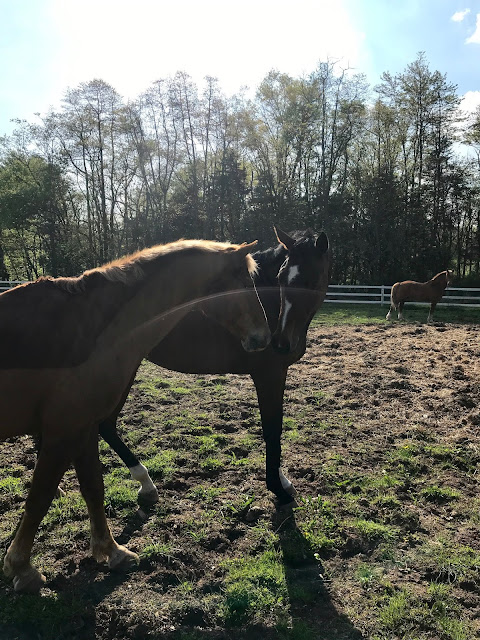 But,  I suppose, better to have loved and lost than never loved at all.
Email Post