Since the clinic last month, I've been working hard to try and replicate what I learned in my rides on my own. I could feel that there was a whole other level of better riding for me and better performance from Dino if I could just get my own body under control, and I really wanted to be able to access those amazing moments on my own.

It's been challenging, to say the least.

The first few rides on my own were fraught with tension. I was trying so, so hard to get everything in the right place, to remember the right timing of my aids, to do all the right things, and I was not doing a great job. Dino responded by hollowing his back, throwing his head in the air, and becoming rigid as a board. I was a little frustrated, but knew that figuring it out on my own was all part of the learning process, so I marched onward, making sure to give Dino lots of jumping and tackless days in between the intense dressage work to keep him from getting resentful about it. 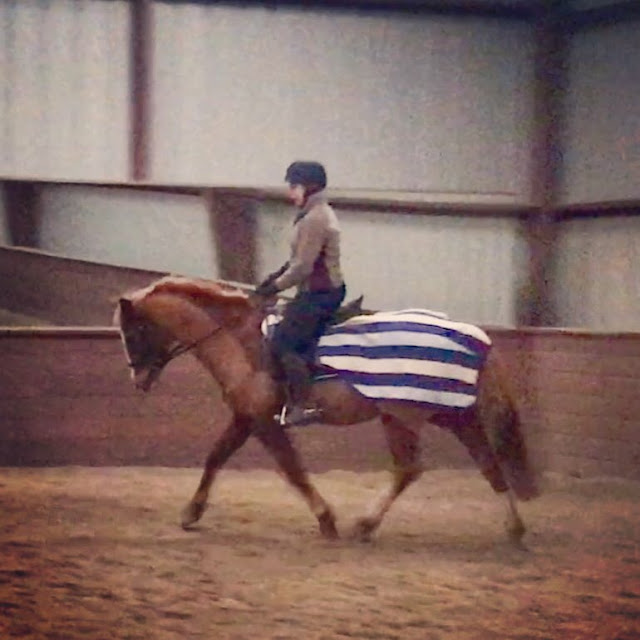 Eventually, I realized that a good chunk of my problems were being caused by my arms. I was trying SO hard to get all my parts coordinated and press with my leg in the right way and keep my seatbones plugged in and my ribcage connected that I forgot about my arms, and they would go completely straight and stiff.

Which is not exactly the foundation of a harmonious, elastic connection with the bit!

So, now that I had identified one problem, I could start to fix it. Each time I asked for bend or picked up the contact or rode a half halt, I concentrated on bending my elbows and keeping my arms soft and bouncy like they were made of bungee cords. This helped a LOT - and Dino started coming through and connecting into the bridle much more frequently.

I also noticed, thanks in no small part to the lovely mirrors in the indoor, that many times when I think I'm twisting my torso to bring my inside shoulder back to ask for bend, in reality (especially on my left side) I'm just dropping that shoulder down and collapsing my ribcage to the inside like a sad, sad accordion. 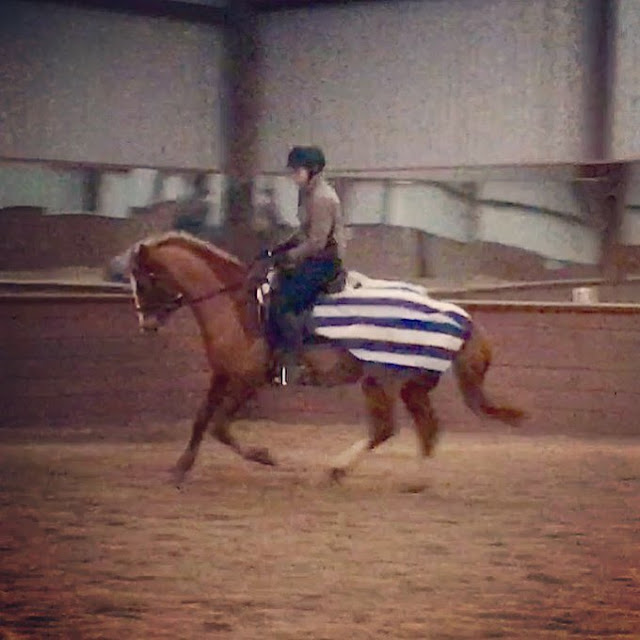 That just won't do.

So I've also been trying to be mindful of stretching my accordion ribs UP before turns and circles, which, when I'm successful, obviously results in a lot better balance from my pony. Slowly, I'm internalizing this new posture for both of us, and hopefully I'll be able to finagle another lesson or clinic soon to solidify these concepts even more. But in the meantime, we'll keep trucking along and always, always working on getting Dino even sharper off the leg.

Show season is on its way, and I'm just hoping not to embarrass myself at First Level this year!